New additions to the WebIndex 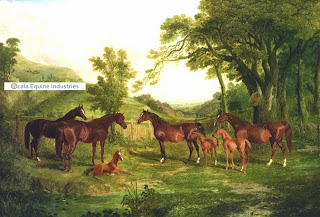 This week the following equine related businesses were added to the ocalaequineindustries.com index of products and services:

If you have an equine business you want added or wish to recommend one, please let me know.

Know where your sales horses are going.......

It seemed like such a good idea in the beginning, compile a list of "Kill Buyers" and make it available to concerned sellers. I found numerous lists all over the internet on facebook, blogs and rescue sites. I began entering the raw data into a searchable table in hopes that it would benefit our community. Many of the lists were in image files that I had to convert to text using Optical Character Recognition (OCR) in order to capture the data. Most of the people listed were from other states and predominantly from the midwest to southwest, even Canada and Mexico. I only saw one who operates out of Florida. Then I began receiving suggestions from many of the group members whom I informed I would need to make sure anyone I added to the list was confirmed. When I ran into a friends name who runs a legitimate rescue I began to have second thoughts. Others posted that it would not be fair to label anyone a Kill Buyer without absolute proof. Well I had to agree, obviously there is some back biting and finger pointing going on out there. So I want to tell you this, if you are concerned about where your animals are going, check things out carefully. Ask for references, visit the site, write an agreement and google the purchasers/adoptors. Use the group as a resource to vet your buyers. One way to avoid sending horses to slaughter is to place a price greater than the value per pound. Enough said, however, I want you to know that the intention of this site is to prevent horses and ponies from ending up in bad circumstances. This I will continue to do.

I really don't have time to add every single post from Ocalahorsesales to OcalaEquineIndustries.com  so I was hesitant to make it too easy to get on the website. You know I do this for free as a service to our equine community. However, it has been working very well as some members are just not interested. I keep a list of those who say "No Thanks" in an effort to avoid posting my offer to them in the future. Thank you to those who do "Like" my post because I really enjoy doing this. I hope to improve the OEI site as time goes on and appreciate all your comments and suggestions.

Brad
Posted by Brad Mentzer at 9:50 AM No comments: 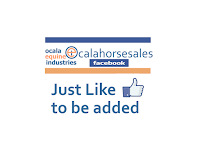 Now you can just click "like" on my comment to be added to the sales WebLists or WebIndex of preffered products and services providers. Please check out the new mobile friendly format at ocalaequineindustries.com

Posted by Brad Mentzer at 5:47 AM No comments:

Brad Mentzer
Micanopy, FL, United States
UPDATE! - Facebook removed our OcalaHorseSales Group of 25,500 members Oct 10th, 2019. Please join our new group, OcalaHorseShow and visit myOcalaHorseShow.com ----------------------------------------- Hello, my name is John Bradford Mentzer but you can call me Brad. I live at WelBreds Farm with my wife Louise where we have hunter/jumper ponies. I retired from an Information technologist position in DC to build and manage the farm. I decided to build a webpage called Ocala Equine Industries to partner with my Stepdaughter's Facebook Group-Ocalahorsesales. It has a Horse Sales Listings page where posts can be added to improve web presence. I do it as a free service for the members. I am building a list of horse related businesses around Ocala as a resource for anyone trying to find horse products and services. Hope you find it useful.